E-volo is a german team which performed the first flight of its prototype during October 2011.

“At the end of October 2011, Thomas Senkel of e-volo had completed a series of unmanned tests and was ready for the first manned flight on an airstrip in the southwest of Germany. The flight lasted one minute and 30 seconds, after which the constructor and test pilot stated:

“The flight characteristics are good natured. Without any steering input it would just hover there on the spot”.

This could be the future of flight, piloting a device as simple as a car.”

This aircraft brings a whole new concept to real life, as already existing aircraft have always been seen with only one, two, or sometimes, four rotors. 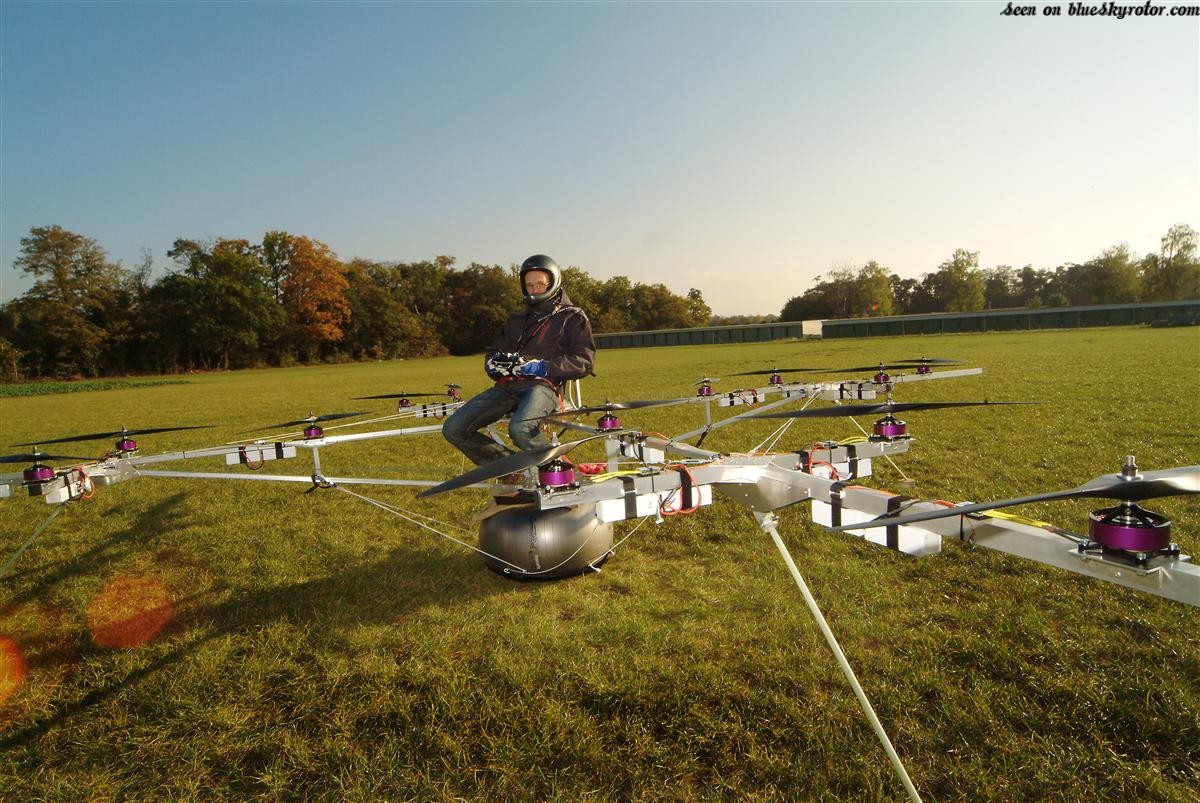 In the point of view of an electric power supply, the multiplication of the rotors permits to avoid high currents in a single wire: we can distribute the batteries in several location, having for example one battery for each motor.

This would be possible also with thermal engines. However, electric batteries are very easy to connect among themselves with wires. On the contrary, it is imperative for fluid pipes to avoid any leakage, which leads to regular inspections and constrained manufacturing.

From a safety point of view, the concept of using numerous rotors is fully in accordance with the fail-safe concept. The failure of one or several rotors will lead only to a decrease of lifting capacity. The remaining rotors will ensure the capability of the helicopter to land safely if it cannot fly back to base.

However, it shall be considered that from a geometrical point of view, a single rotor helicopter is safer than a bi-rotor. If a rotor went to fail, the second should be shut down immediately in order to allow an emergency autorotation.

With more rotors, the safest design will always be where the difference between ‘all rotors lifting’ and ‘one failed rotor’ has nearest points of application of lifting forces. For example, with 3 rotors, they would rather be aligned than installed at each corner of a triangle.

They could be also installed in ‘inter-meshing’ or ‘contra-rotating’ configurations, but the increase of mechanical gears complexity would not help.

Side and front/rear motors modify the roll an pitch.

Either vertical propellers can be installed to control the yaw, or some propeller could be tilted during flight. More easily, you can just play with different rotation speeds of some propellers, which will have a direct influence on the yaw and an indirect action on both other axes.

The more rotors are installed, the more complicated it may be for the pilot to maneuver his aircraft, if the installation were not perfectly symmetrical. Corresponding software should take in account all possible flight conditions, including engine failures.

With this aircraft, autorotation is not possible.

Autorotation is an emergency procedure used when the engine fails to provide power to the main rotor in conventional helicopters. In this case, the helicopter must pitch down, gain forward speed and lose altitude.

When arriving near to the ground, the pilot must pull the collective stick (leading to an increase of the angle of attack of the blades). The aerodynamic drag of the blades increases as well as the lift of the rotor, and the descent speed of the helicopter decreases. The helicopter arrives slowly to the ground.

This is not possible with the multicopter of E-volo, because the propellers have no variable pitch. However, the amount of propellers ensures a safe flight. The more rotors, the safer is the aircraft! 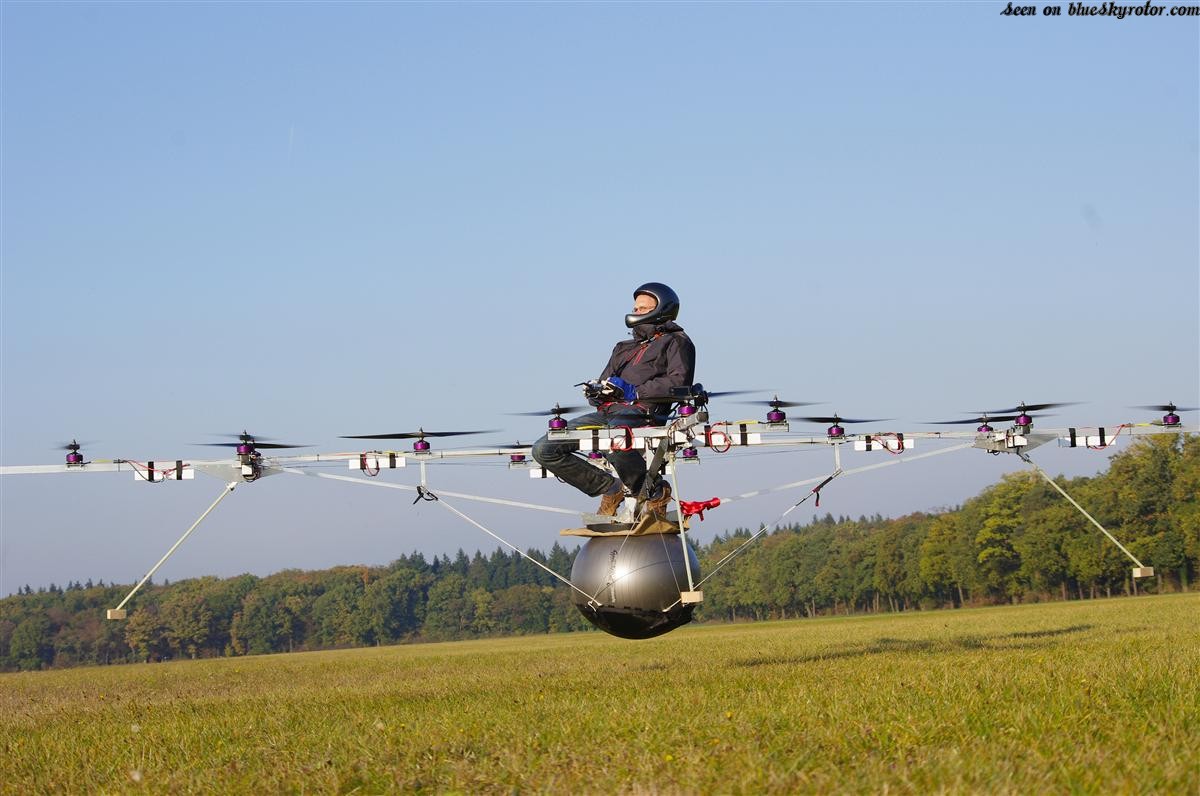