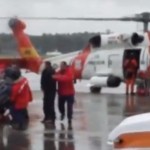 US Coast Guards published an awesome video today. The cameras are installed in the helicopter. 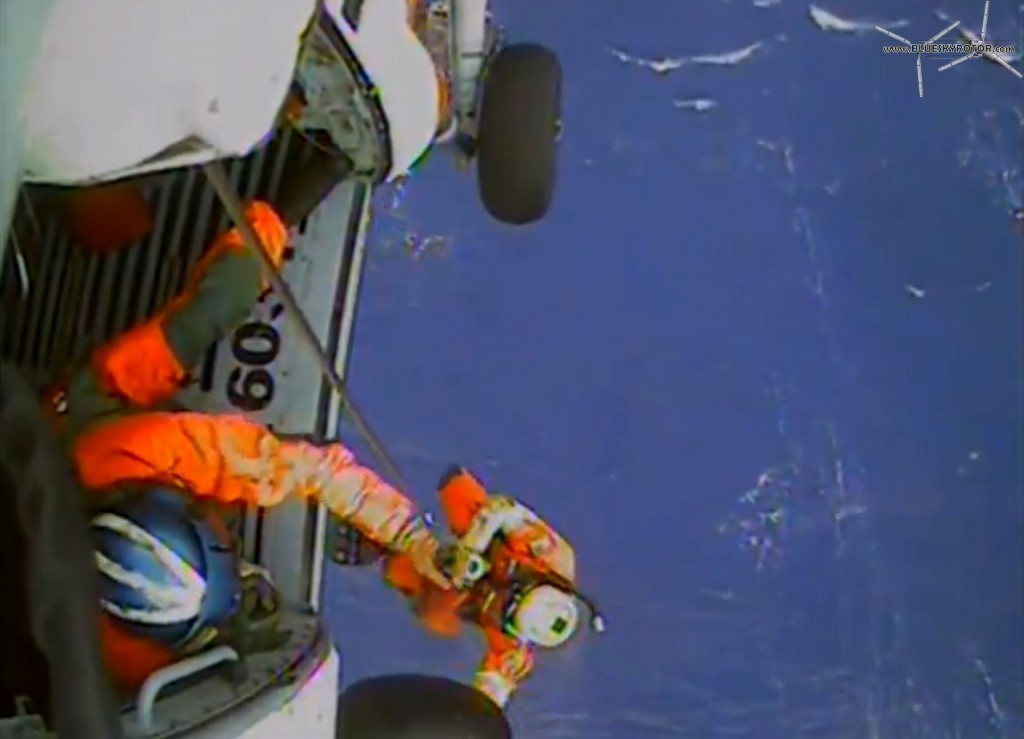 in the rear of the cargo cabin

The 14 people were flown to Coast Guard Air Station Elizabeth City, N.C., where they were met by awaiting emergency medical services personnel at approximately 10:15 a.m. with no life threatening injuries.
Crews aboard a C-130 Hercules and an MH-60 Jayhawk are searching for the two missing crew members. Crews aboard the Coast Guard Cutter Elm and the Coast Guard Cutter Gallatin are en route to assist with the search.
The vessel is reportedly sunk, but the mast is still visible.

The first Jayhawk crew arrived on scene at approximately 6:30 a.m. and hoisted five people into the aircraft, and a second helicopter arrived and rescued nine people.
The 16 people donned cold water survival suits and life jackets before launching in two 25-man lifeboats with canopies.
The vessel was reportedly taking on water and without propulsion. On scene weather was reported to be 40 mph winds and 18-foot seas.

The sunk ship was famous as it was a replica of the HMS Bounty. The 180 ft long (55 m) and three-masted ship was built for the 1962 film Mutiny on the Bounty and was also featured in a Pirates of the Caribbean movie (source).