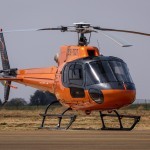 The day was rather grey, not providing much hope for a VFR weather. Shortly before my arrival at the airport, I was surprised to follow two trucks carrying wrecks. 2 Bo-105, easy to recognize, but not to identify. No clear markings were displayed, only the distinctive olive colour would let you imagine a previous life in the air force.

No clue where they came from, or what happened. 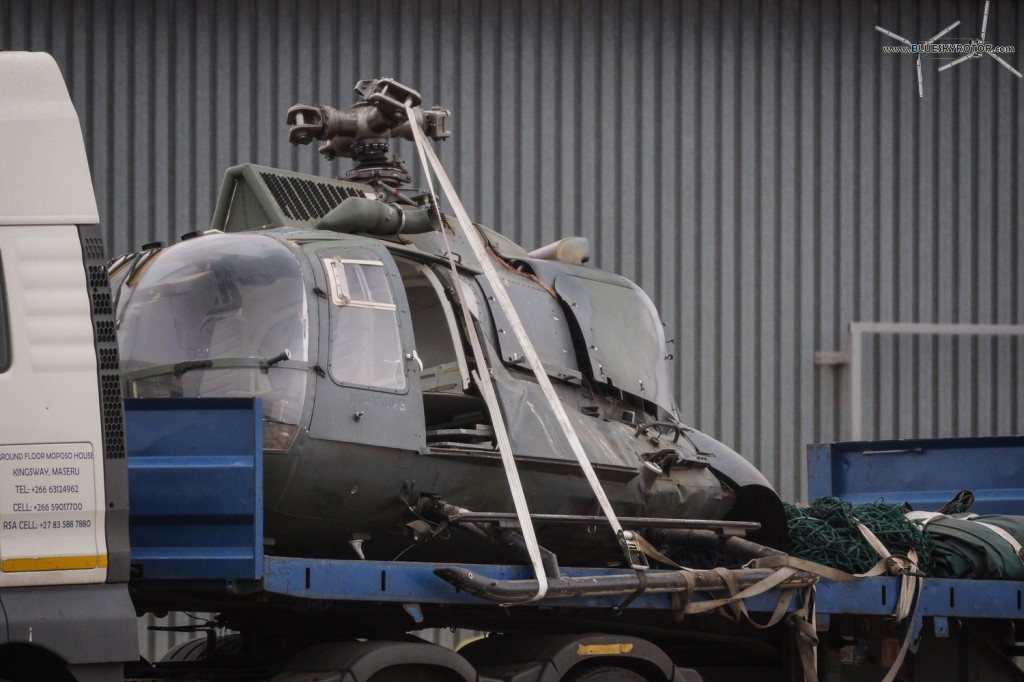 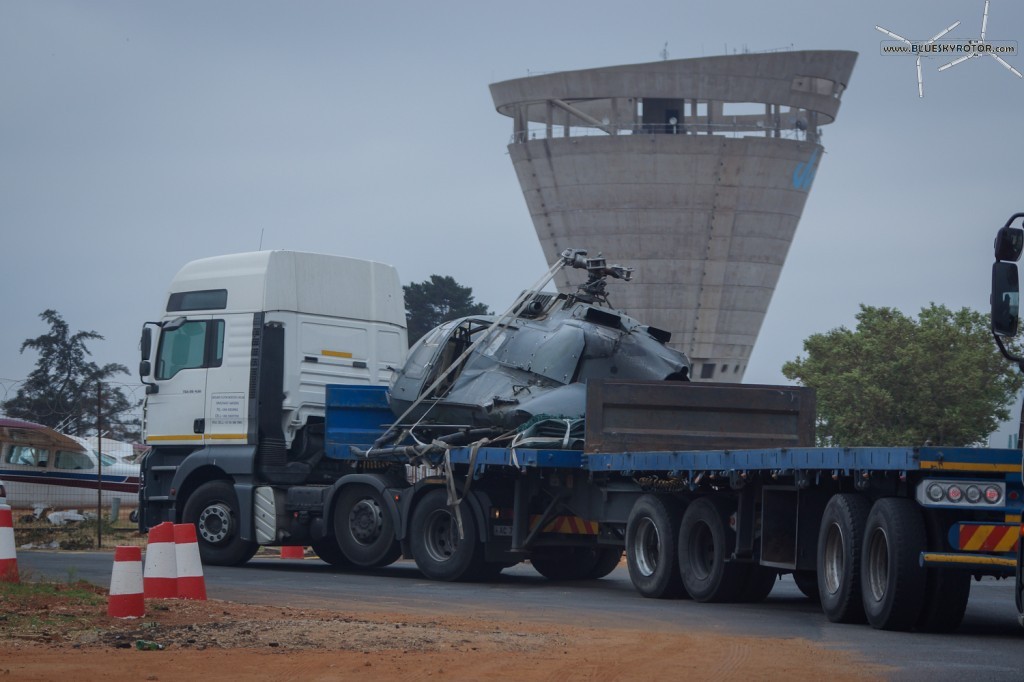 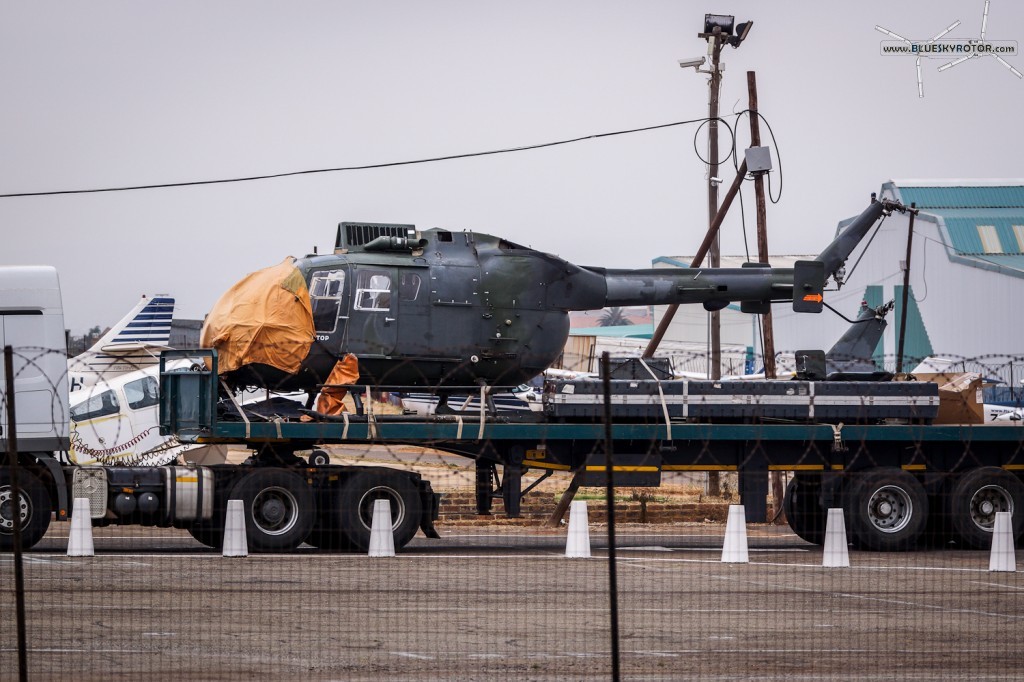 wreck of a second Bo105 on a truck

Later, from the main terminal, we have a great view on the parking and the taxiway. 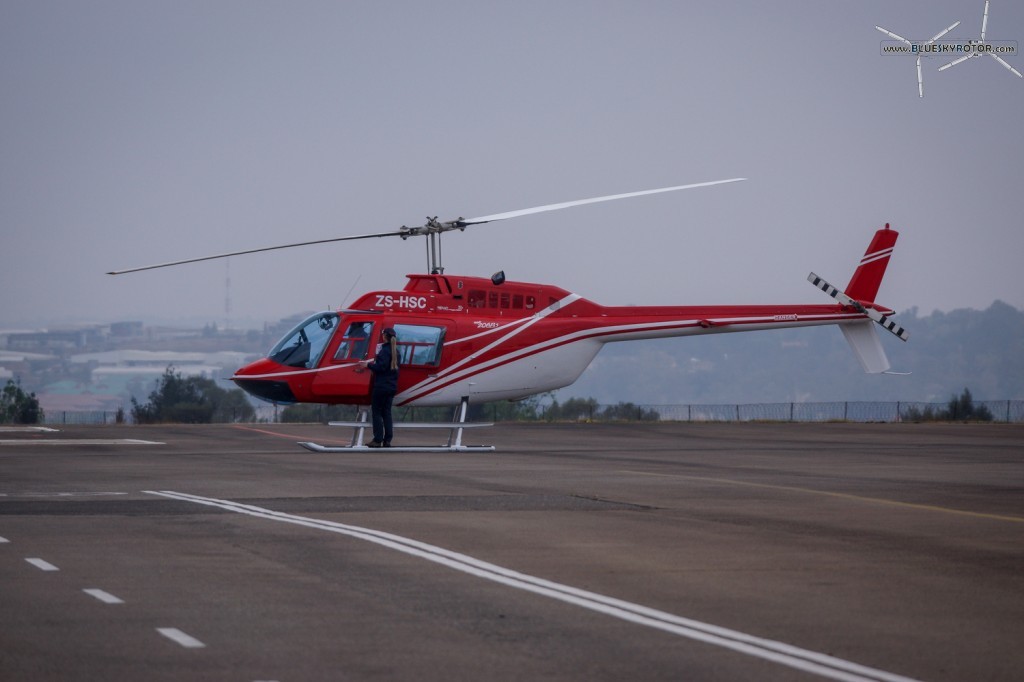 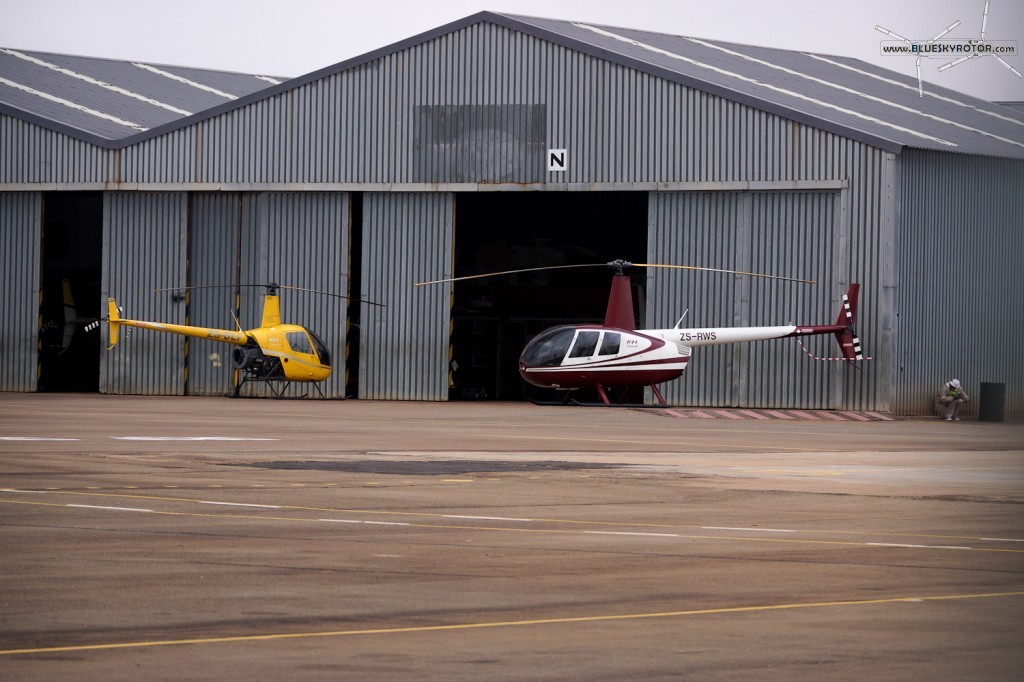 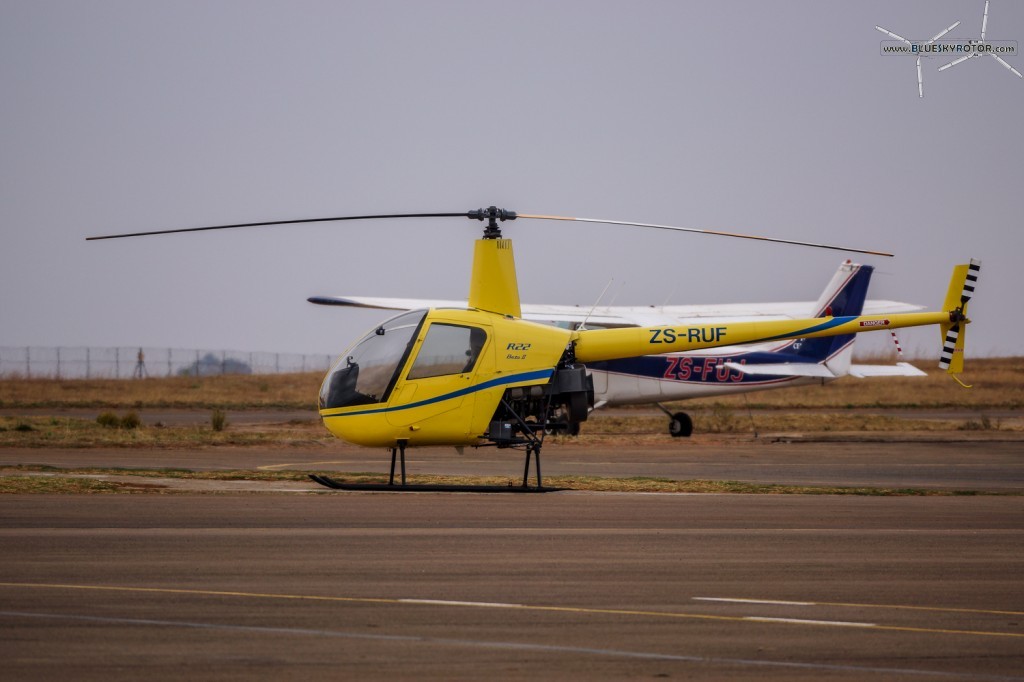 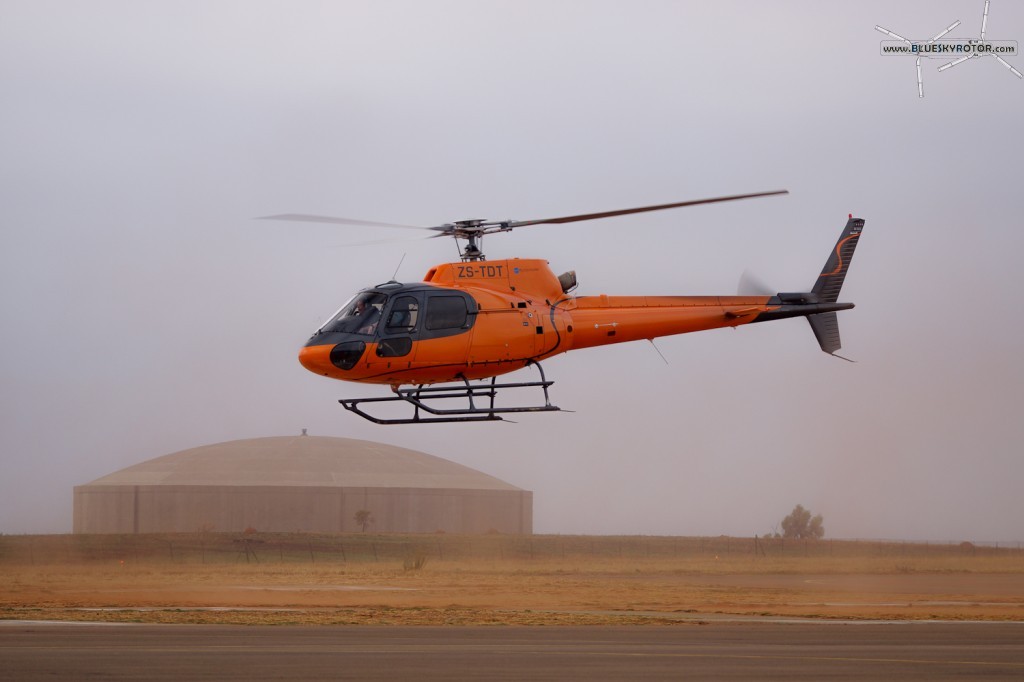 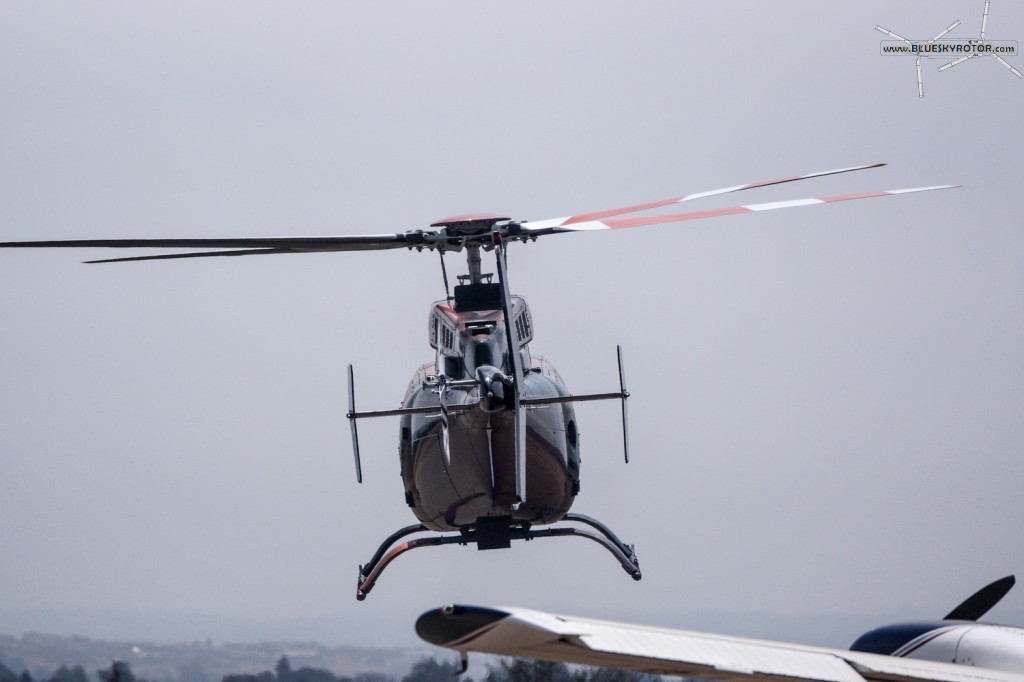 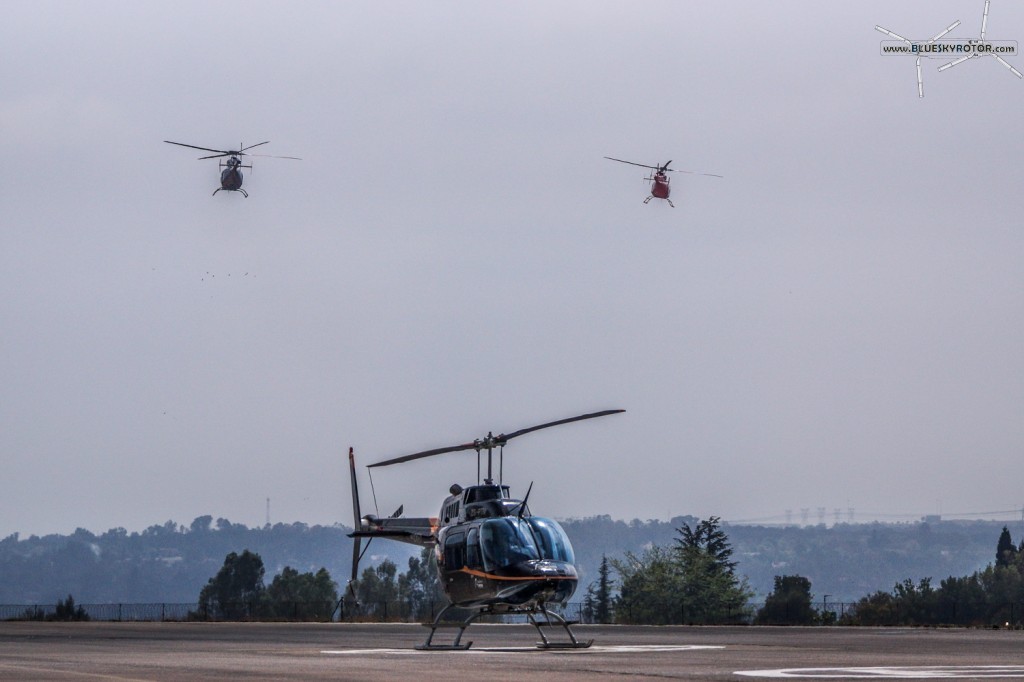 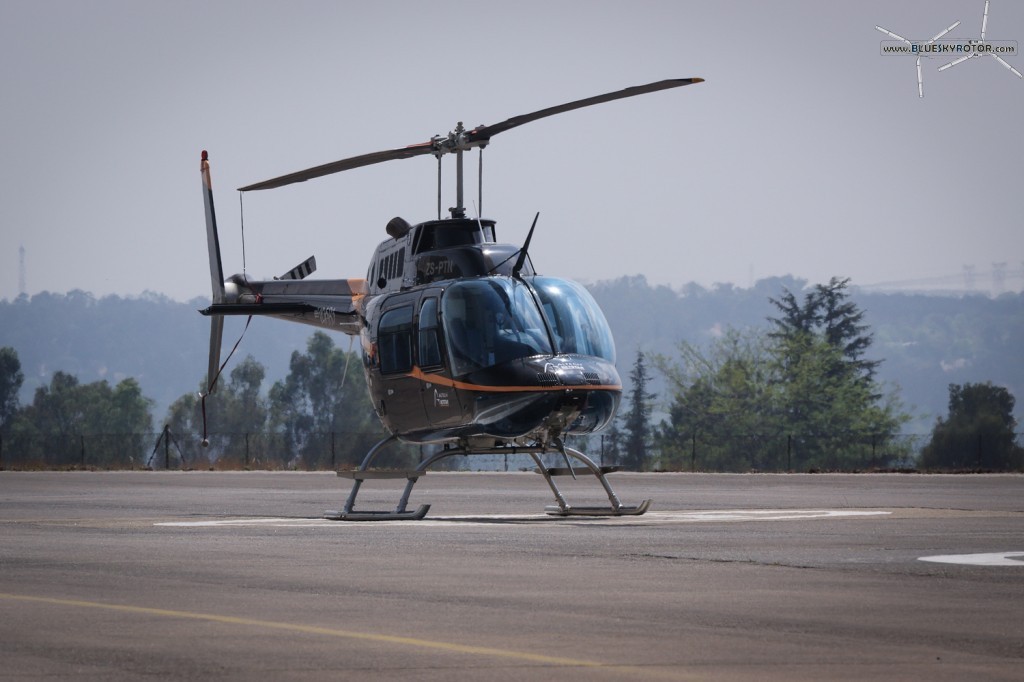 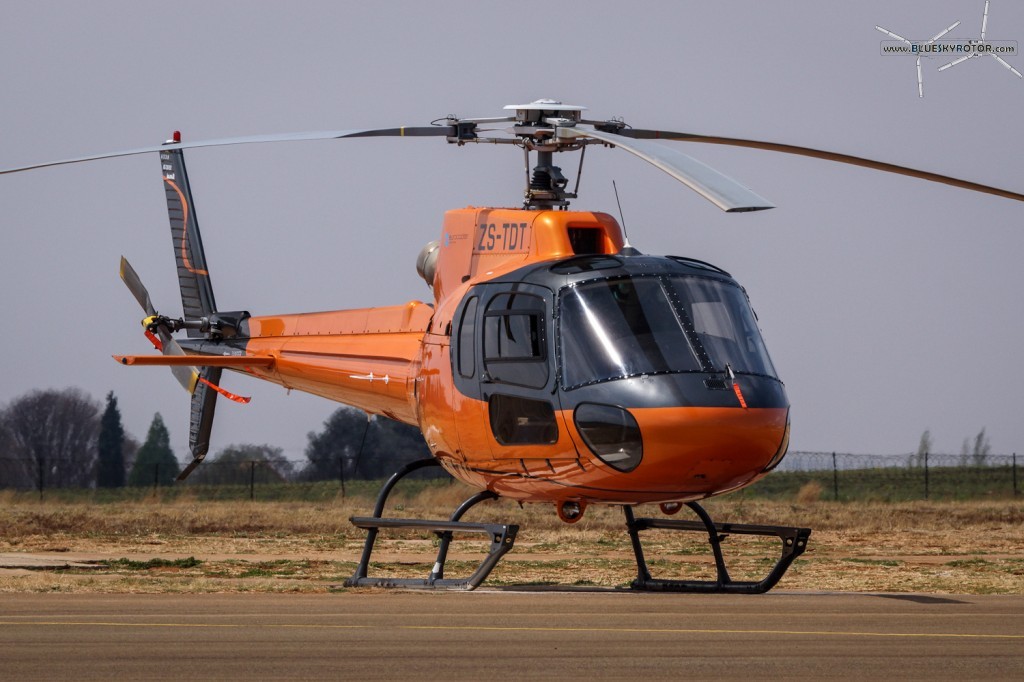 Photographing helicopters was not the main purpose of my day. Indeed, I passed my pilot licence. Despite the bad weather in the morning, a last-minute faulty oil pipe and a navigation plan that needed to be recalculated 3 times, the flight went well.

Of course, we took off too late and the flight plan had been cancelled. We had to fly low level, under the controlled airspace. Nevertheless, almost everything went great. 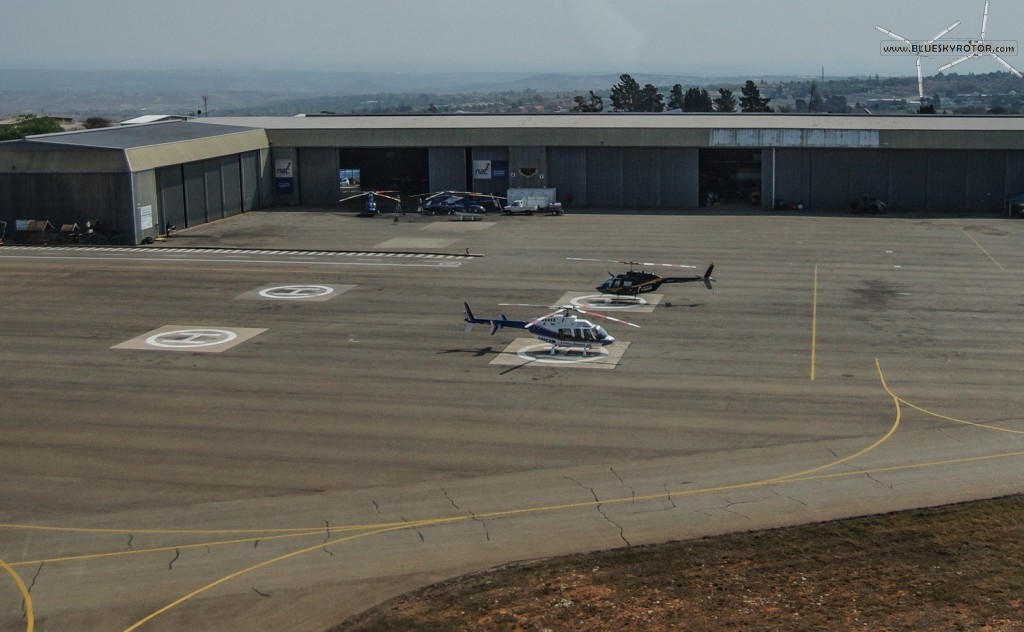 Helicopter companies from above (NAC, Eurocopter) 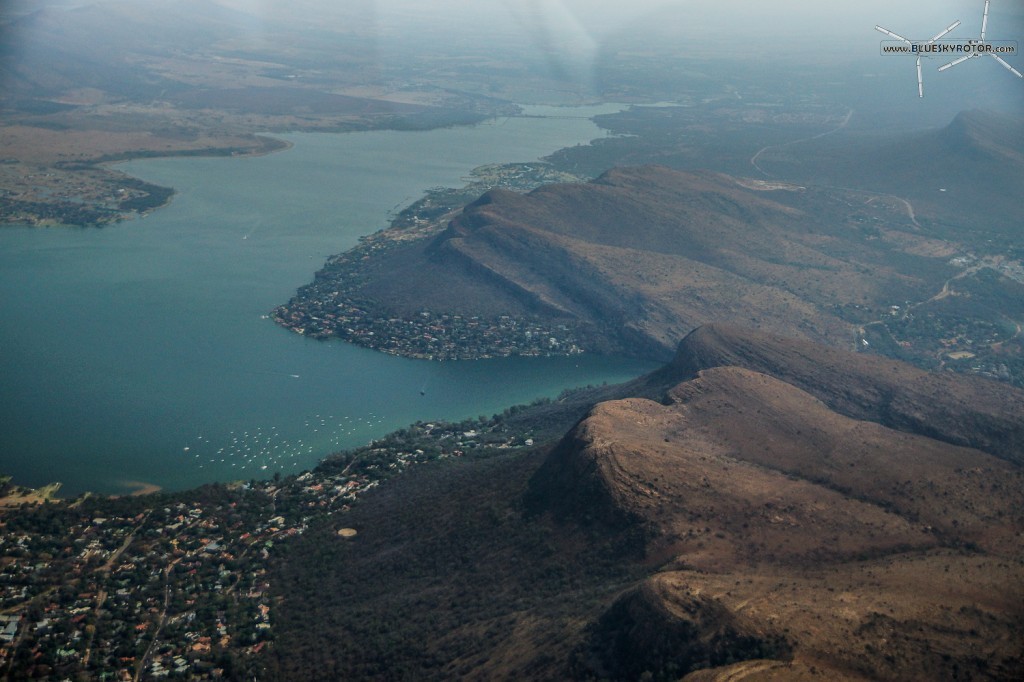 FAGC airport, downwind on the left hand circuit for runway 35 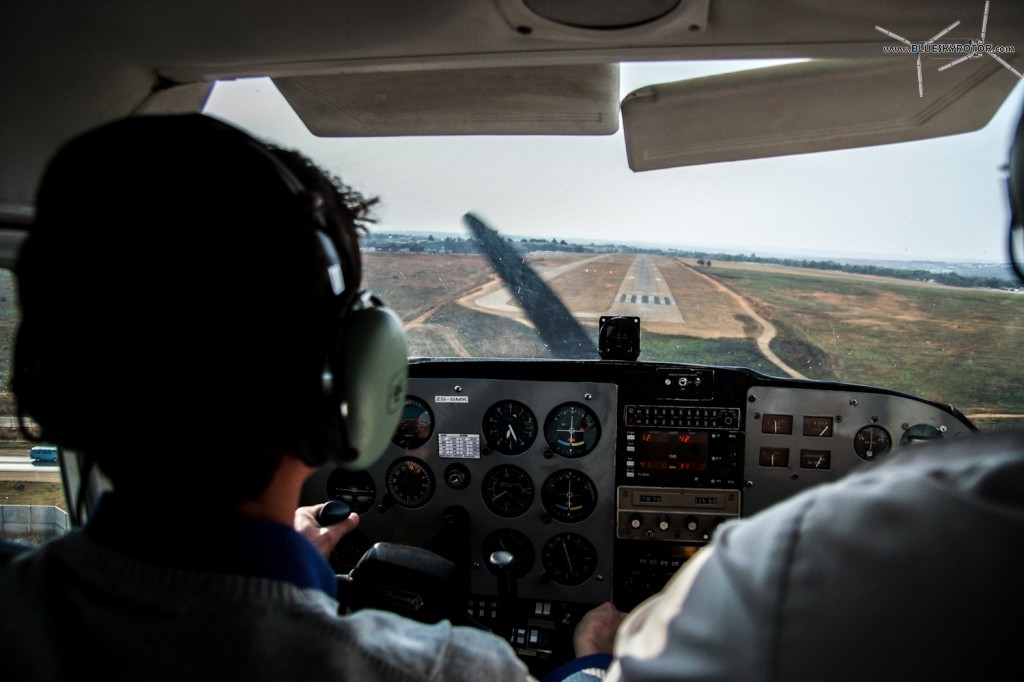 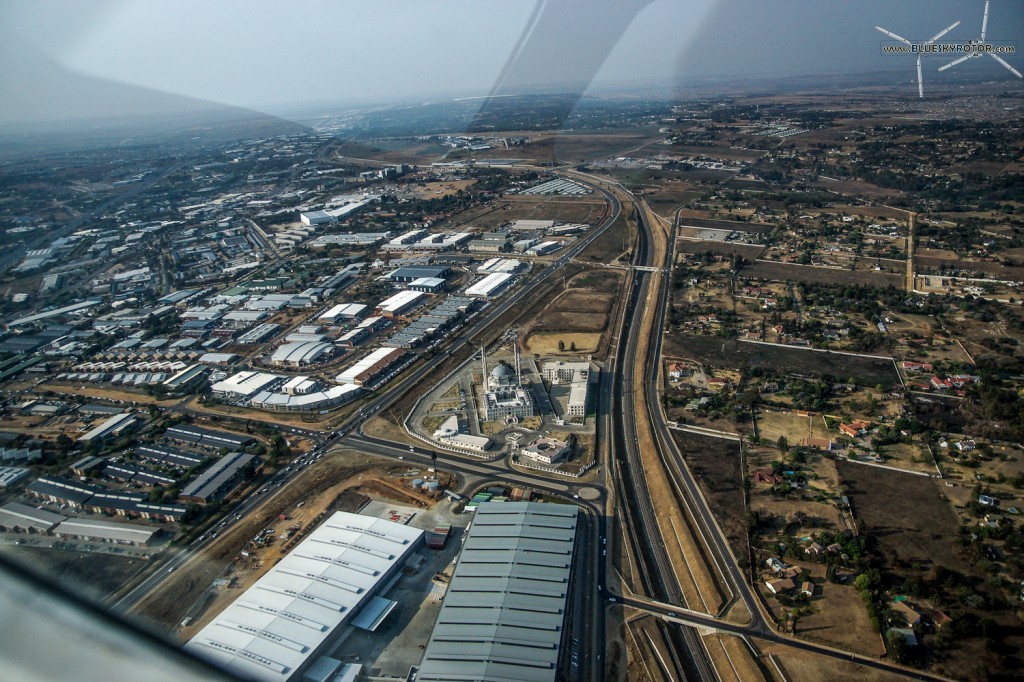 Turning base soon for runway 35