What is this?? I found this video today and got very intrigued. Is it real or is it a fake?

But it’s a fake. The thanks to Call of Duty prove it, as well as  a couple of other hints displayed in this video: (and yes, the buzz’s spreading! it’s a marketing success for the next release of the game)

Now a few comments on the first video. Some details make it obvious that you don’t have a real prototype, but a (very good) computer simulation.

– a good point: you have some recoil when the machine gun is firing. You wouldn’t allow a bigger caliber though, or you may risk to see your copter suddenly pushed violently backwards.

– but the guy doesn’t seem to pilot anything with his tablet. His movements don’t match the copter’s reactions.

– such a light helicopter wouldn’t be able to carry more than one single type of ammunition: simple bullets or incendiary, you have to choose. Still, you don’t even see an ammunition box. Even better: the gun is actually only the barrel of a gun. You have no ammunition feed or even a chamber… just the barrel. 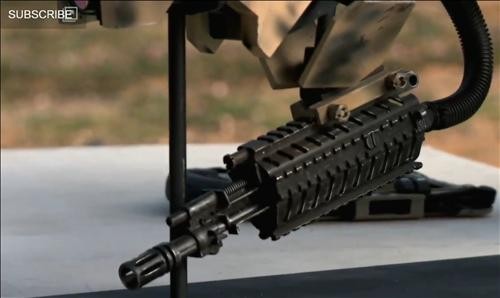 – it is claimed that each rotor has its single actuation system, but we don’t see any actuator on the structure below the rotors or cyclic control on the blades: 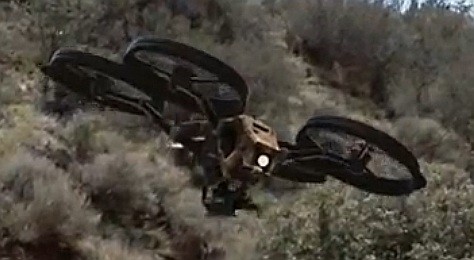 – why those fancy colors on the video transmitted to the tablet? The concept was good; it was not necessary to try to add after effects making it more Hollywood than real. 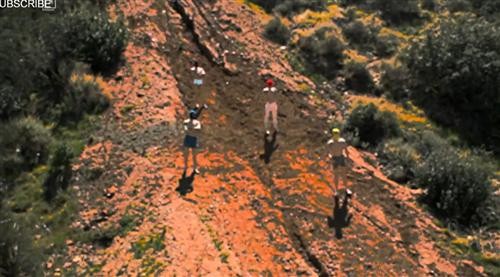 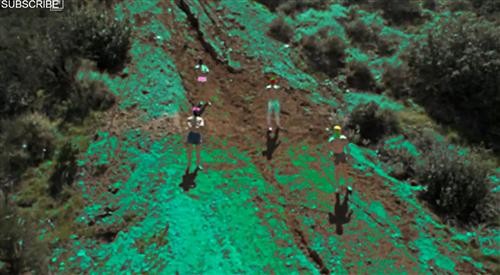 Aaaand last but not least, if you believed the previous demo, how can you really believe that you permanently carry an auto-destruction charge in your aircraft? This would be a huge loss of payload, a big risk for the guys carrying it on the field. If it’s not a kamikaze concept from the beginning, then it’s a “too much” option. 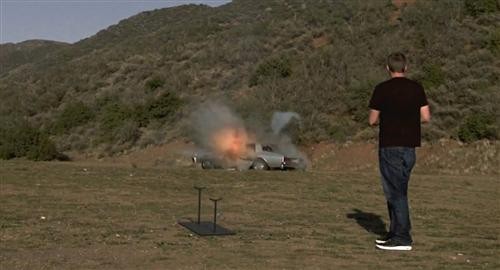 Watch the end of the video to see the huge explosion (what quantity of C4 do you need to carry for this kind of explosion??)

I hope you enjoyed the movie, the Call of Duty & FPS Russia guys made a fantastic movie!

As a bonus, check out this video.

It looks real, but the 206 pilot may be a crazy stupid risk taking guy as he flies so close to a so huge explosion (did he know what would happen?) 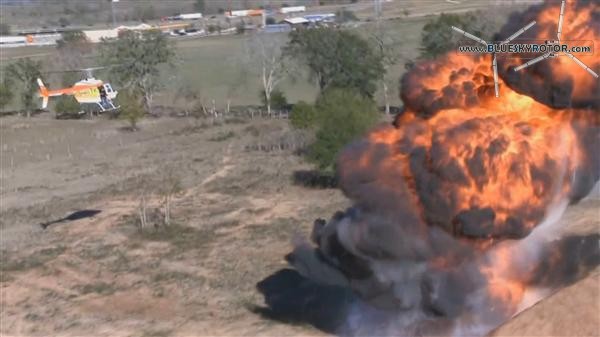 What are the physics behind the flight of helicopter? What sorcery is this???

Luckily, I found this article on the great blog Geeks Are Sexy.

I would simply take the same word again: the guy is brilliant! Just watch.

First:  introduction to the physics

Then the controls for the pilot

Aaaaand last but not least: more explanation concerning the application of the gyroscopic precession. One key to understand: notice that the laser is placed with an angle of 90° to the normal position of the blade. 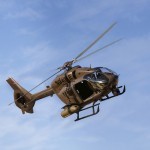 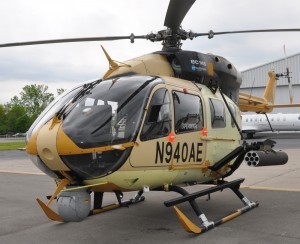 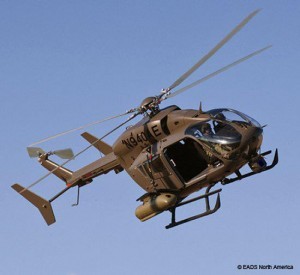 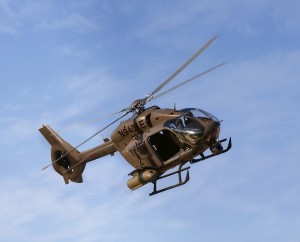