So similar and so different!

We have 2 videos with significantly different targets. These  products will be showing the new state of the art of the helicopter flying.

X2 will benefit from the newest construction methods. You will have a HOTAS interface (hands on throttle and stick), so that the pilot in the middle of the combat action will keep his hands on the flying device, instead of the computer device. Fly by wire, feedback device, the man-machine will be optimised in the smallest details.

X3 looks like a smooth flying beast, capable of the most powerful vertical climbs, looking like a rocket quietly climbing to the sky. You don’t need this performance when you’re in a fight, but you would be happy of it when you need maneuverability between mountains or over the sea.

So, what’s next? We have 2 high speed helicopters, both with a main rotor and additional pushing propellers, but each concept dedicated to different markets. Does it mean that we have no chance to see them fly together within next months?

Eurocopter X3 is not an autogyro

What is the difference? An autogyro has a pushing propeller besides a main rotor. The main rotor is rotating freely around its axis and the movement is maitained by the relative wind coming from the front.
You have to understand that in the case of an autogyro, contrary to an helicopter, the wind provides to the rotor the power to turn. For a helicopter, the engine makes the rotor turn, which then creates an airflow directed downwards.

The main rotor of a helicopter during autorotation has the same behaviour as the normal behaviour of an autogyro.

Eurocopter X3 is not a rotodyne

Fairey Rotodyne has 2 independent engines installed in pods under the wings.

The main rotor ensures sustentation during hover or low translation speeds. It is set in motion by an air-fuel mix blown by nozzles at the tips of each blade.

Eurocopter X3 is a helicopter

And Sikorsky X2 is a helicopter too. 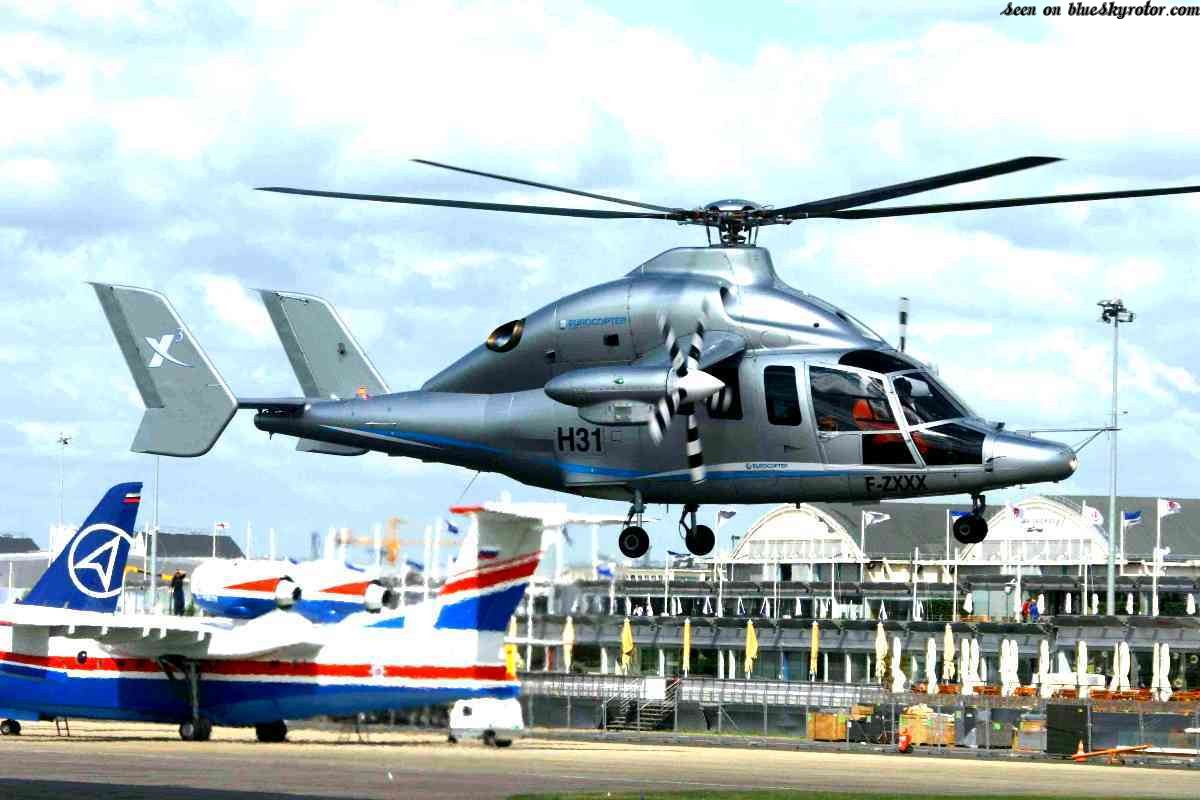 The concept of X3, which is a prototype not intended for a serial production, is based on the helicopter configuration.

2 turbine engines provide power to the main rotor and the 2 side propellers. These propellers replace the usual tail rotor. They also provide pushing force for high-speed translation.

Unlike all other configurations, the dynamic parts of X3 are powered by a common source.

In the case of Sikorsky X2, a single engine powers the 2 rotors and the pushing propeller.

Why do we have 2 different configurations? X2 and X3 look both efficient when it comes to reaching high speed.

First, we can think of a reference to the former Apache’s competitor: AH-56 Cheyenne.

The pushing propeller permitted already to reach interesting performances at high speed, but the complex mechanics and the lack of ability to withstand g-loads did not speak in its favour.

Sikorsky X2 is clearly intended to compete as a next scout/attack helicopter for the US armed forces. The sides of the aircraft are free and allow the installation of all possible weapon pylons, unlike Eurocopter X3.

On the contrary, Eurocopter X3 provides a huge access to the rear of the aircraft: loading and unloading fret or passengers will be very easy. Today, X3 is fitted only with side doors which look barely usable whith the propellers turning. This is only because of the original aicraft, the EC155, which has no doors on the rear (there is already the tail!).

With a new configuration, a bigger aircraft and a door at the back, you will be able to have winch operation, stretcher or passengers loading.

Another remark, though. If you consider a wider aircraft, X3 concept will not need a really bigger main gear box, unlike X2 which will need a huge transmission shaft, long enough to reach the rear end of the aircraft.

Both concepts make good sense. However, one concept may be more convincing, depending on the application and the missions intended for the aircraft: for SAR, I would choose the X3; for combat and fire power, X2 has more arguments. 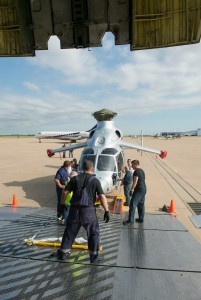